Can we begin a massive shift in fitness and general health? We work in the best industry in the world, but even after changing lives I sometimes feel defeated when I see the sad state we have reached. If there is more money to be made from telling a lie, will the truth ever come out?

I share these concerns humbly. I share them with hope for a better future. We have snowballed as a nation into a pitiful state. We have let ourselves get so out of shape and desperate that the problem just keeps getting worse. But have we hit rock bottom yet? The demand for our help is very present, but this has ended up hurting more than it helps. Those that care and devote their life to this craft are now competing with the average Joe who just got certified over the weekend and only cares about money. The real experts are becoming hard to find. The weekend experts are hard to avoid.

People want it easy and people want it yesterday. Hard work is a thing of the past — not to mention, it does not make money. We are stuck in the “commercial gym culture” and this has made it hard to compete. The commercial gym culture equates to taking money from people that need qualified coaches, and not giving them anything in return. It’s nothing more than a business; the goal is simply to make money. Only a small percentage of people will pick up on this, though. They are blinded by their fears and motivated by hope. They continue to get nowhere.

This goes for the not only the members, but the trainers (sometimes with a ton of potential) who seek out the quick dollar. The first dollar is really easy to get. We are in demand because the majority of people need us. Some trainers get that first job in the commercial gym, get some money, but then fail to realize that they actually need some mentors in order to get through all the BS in the field. If you are young getting into this field, don’t get sucked into the 3,000-hour trap. Don’t be the coach that gets the first dollar easily, gets burned out by hour 3000, and then never reach full potential or learns anything. Please do us all a favor and choose this profession because you would do it for free. Only then will you get to 10,000 hours and become average to good (but have the potential to be great).

There are plenty of opportunities to see when money is made and people are hurt in the process. 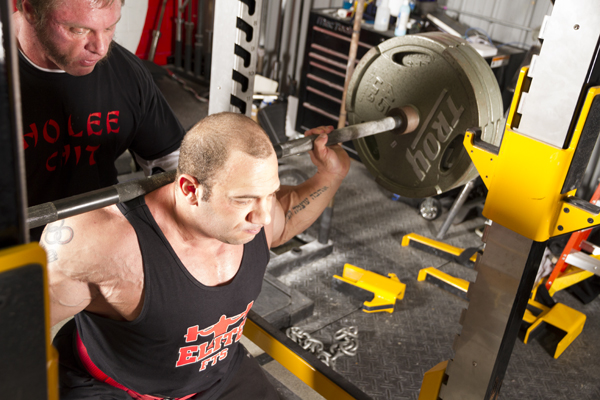 It’s very hard to teach someone to get stronger (which is the foundation for everything). That goes for members, certification bodies, and even college programs. This takes time (not a weekend) to really understand. Time is money. Devote too much time in teaching this to your trainers at a commercial gym and they lose money (remember they make money off of memberships — who cares if clients actually show up?). It is much easier to sit them down on a machine with a trainer that has never been taught to teach. The trainer can then read the step-by-step pictures on the machine and hopefully not injure that individual.

Then there’s entertainment; “let’s sell them by making the place look like an amusement park!” They’ll give you cool machines, a movie theater, going-no-where-fast machines (treadmills), and a cup holder for that sugar drink they sold you on your way in.

The other extreme is selling those who actually want to work hard. Trainers come up with the hardest workout on the planet and make it a badge of honor to survive for the same workout a few more times that week. This is somewhat unique, so they can take even more of your money for a workout (not program) that a 10-year-old could plan. Who cares if the workout would have killed Rambo? It doesn’t matter if it could hurt your long term progress by causing a different injury every week.

Now, let’s move on to making some even more serious cash in the fitness industry. What happens when you create an event that anyone and their grandma can finish, and still get a prize if they finish last? The goal was to lose fat and get in shape for 99 percent of them, but they lost muscle, gained fat, and reached the finish line with a few more injuries. That registration fee might not cost much. but they sold it to millions of people, sponsors who want their name on a shirt, and created a business to sell running shoes and gear.

There is even more money to be made outside of this industry if you wait until they are completely messed up. It is called drugs and therapy, my friends. You see, they have higher standards (or they went to school longer) in their field, so they can charge even more.

Does it stop there? We still have the government officials who don’t seem to notice the purple elephant in the corner of the room. Who cares if children are obese at an alarming rate if there is money to be made feeding them sugar for breakfast? I am sure this helps test scores and makes us a better nation than allowing them to actually move during the school day.

Can we end the cycle?