Professional athletes were once kids themselves. They didn’t start throwing 60-yard touchdowns at age seven. While they might have been exceptionally gifted, every professional athlete grew from a novice by following a progressive training plan with great coaching.

It’s not news that your kid needs to work hard to become better. However, parents often don’t realize that some of these popular programs out there look cool but are the equivalent of going from first grade to 12th grade in a week. Really, just getting them stronger, while staying away from all the dumb stuff out there, will put them ahead of 99.9 percent of their competition. Sadly, the parents don’t even know that the “sports performance training” program they are coming from is injuring them more than helping. The coaches don’t put their sports performance coaches under a microscope, and some think they can do our jobs.

Technique, technique, and more technique. A sports coach will often analyze sports skills and make their players execute a skill to perfection, and then not hold their sports performance training under the same microscope. Why? The difference between a master and a novice is an obsession with detail and perfection of the basics. Hours and hours must be spent on simple bodyweight movements until your kids are bored of them. We want them to be bored and to not have to think about it — that’s where unconscious competence comes in.

The learning process moves on a continuum. Starting with conscious incompetence, young athletes learning new skills are aware they’re not good at them. It’s frustrating, and this is where going too fast too soon might even cause them to give up. Give athletes exercises as simple as a push-up, bodyweight squat, or simple jumping to start. Really focus on things like depth, knee tracking, hand placement, glute activation, scapular positioning, and pelvic control.

Once they’ve got these down, they’re into the next stage of learning: conscious competence. They’re good at it, but still have to think, “Knees out, core engaged, shoulders down and back.” You can maybe add more reps at this stage but stick with the basics. You’re not ready to move on until they don’t have to think about it anymore —until unconscious competence is established. From there, add in new skills, such as resistance, instability, or higher-intensity plyometrics. Refocus on technique.

Establishing a good position first is like telling your kid to keep their eye on the ball a million times. You can’t hit a home run if your gaze is focused downfield. Focus on the ball, make good contact, and then worry about the distance. 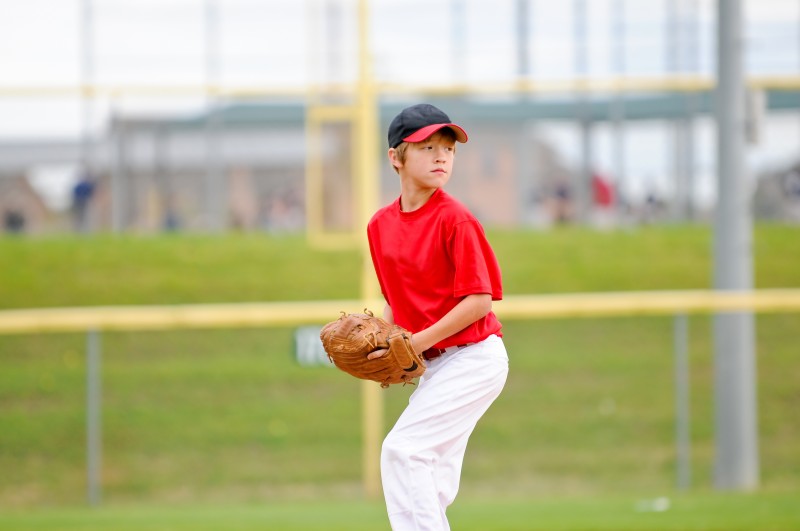 With every learned skill comes a progression that starts the process towards mastery all over again. Mastering a fixed bodyweight hip hinge leads to a kettlebell swing, a broad jump, jumps for height, and more. Focused, deliberate progression rather than skipping the steps pays dividends down the line. Even the pros train the basics every day. They’re the foundation for any improvement.

You can do all the agility drills, ladders, and cool exercises you want, but if you don’t spend the majority of your time getting stronger on the basics, you are wasting your time.

Exercises like box jumps and Olympics lifts can be great for some people, but only once they are ready for them. And when their technique is perfect. If an athlete doesn’t have the proper landing techniques—just jumping in place or dropping from height—don’t force the fancy stuff. Teach to them to land before throwing in a million jumps. Sure, you’ll train towards something, but it’ll be a back injury. Don’t put your athletes at risk of injury by asking them to do something they don’t have the body control for.

Injury prevention comes first. I can’t stress this enough. If most teams just stayed healthy, they would already be at an advantage. Injury means forced time off, and too many youth athletes are getting injured from the program rather than making steady progress. It doesn’t matter how strong you are if you can’t play because you’ve got a knee injury.

Before beginning ANY program, get an assessment and set measurable goals. It’s like putting something in a GPS. There might be a few different routes, but you can’t go anywhere if you don’t know where you’re starting and where you want to end up.

Athletes are individuals. Treat them as such. Everyone will have a different starting point and different goals based on sport, position, timing, age, and more. Find the problems, get stronger, do mobility work, and follow a sensible plan with exercises appropriate for that particular athlete.

This is where a qualified professional differs in regards to writing program design: the details.

For the majority, if done correctly, the lower level and multi-directional plyometrics in the warm-up go a long way. Some basic single jumps, with an emphasis on landing/technique, such as vertical or broad jumps programmed at two to four sets of four to eight reps (2-4 x 4-8) goes a long way.

Demand quality over quantity to limit fatigue, and track their reps closely. To balance practices and games, the total intensity might vary during blocks of the year. In-season training should follow lower intensity, maintenance, and peaking towards important competitions. The majority are simply not even ready for the high level or even medium level stuff. Start slow, make each rep count, and track progress.

Too many “coaches” go straight to it when there are a million ways to get the job done — maybe because they don’t know better, or maybe because it looks cooler and sells. If they can barely hip hinge the right way, they need to be doing some more work with medicine balls, bodyweight movements, kettlebell swings, etc. These low-impact solutions get the job done without having to land a million times trying to hammer home one portion of the jump. 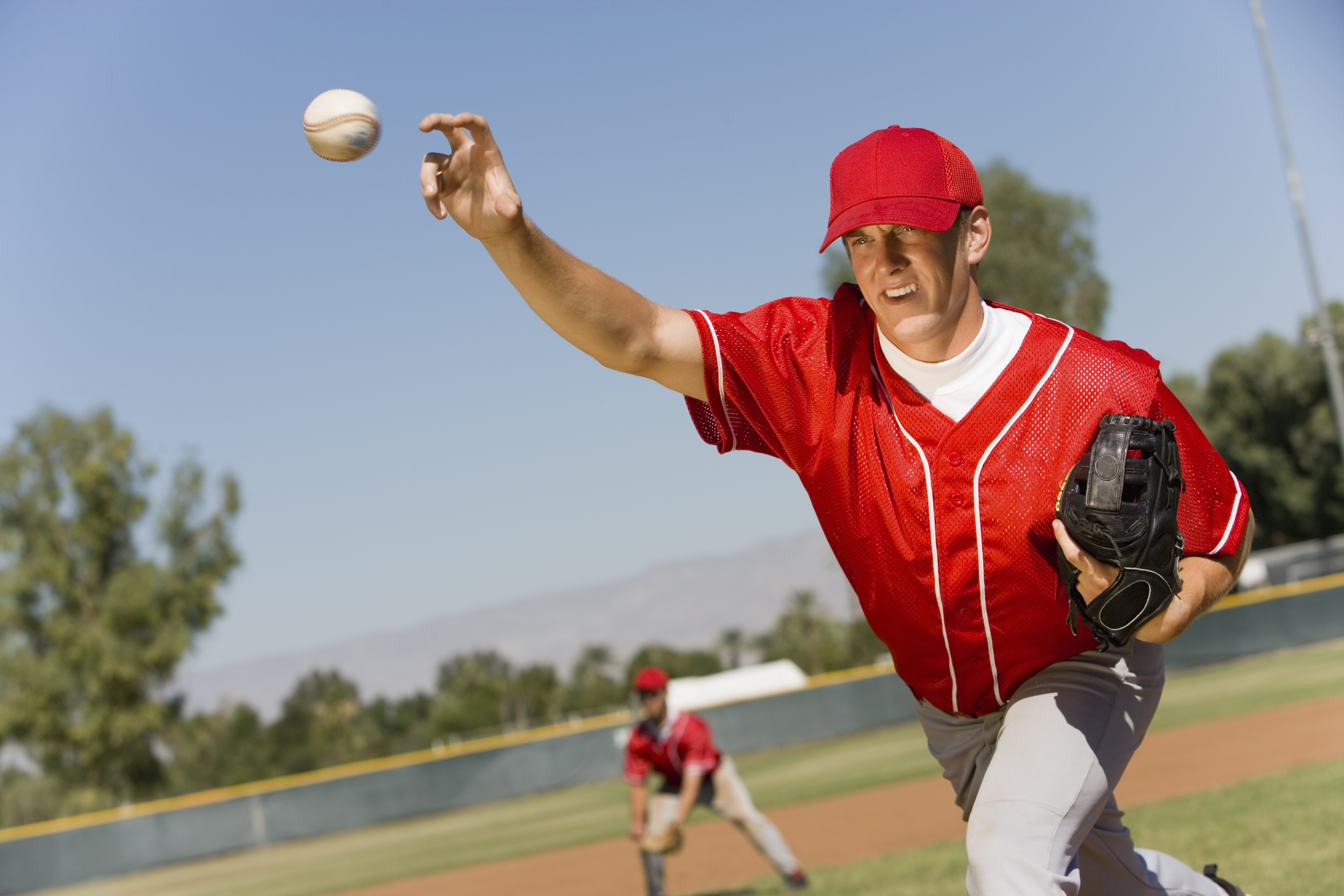 Balance Between On-Field Practice and the Gym

Often athletes spend practice time overtraining certain muscles and non-practice time sitting and tightening others. Think about it: running, cutting, jumping for a rebound, etc., are short-range ballistic movements. You’re essentially asking a very specific part of your body, whether it be the ankle, knee or hip, to repeatedly contract and resist force at very high intensities. And then they sit in a chair all day at school, further exacerbating the issue. Don’t you think that over time something is bound to wear down?

Coaches can manage overtraining/undertraining by emphasizing full range, light plyometrics and strength work through progression. How you program varies a ton by age, development, training age, sport, in-season, off-season and more. Train on the conservative side, listen to your athletes and watch them move. Even with a “well-designed” program, if athletes aren’t hitting their goals or have suffered setbacks, take a look at what you can do differently.

Common weaknesses are overuse of the upper traps, thoracic immobility, glute inactivity, lack of hip/hamstring range of motion, quad dominance, and ankle instability. Program mobility into every warm up — soft tissue work, foam rolling, and dynamic range of motion stuff that match the exercises you plan to train. Add in two to three sets of low rep, low-intensity plyometrics before the strength work with a huge focus on execution. Choose one to two core lifts for the day and periodize them along with your season and training age. Accessory exercise selection should reflect athlete’s areas of focus, such as resisted knee flexion hamstring exercises or internal and external rotation of the shoulder.

Factoring in that kids today have no off-season and train incorrectly, they are weaker than they realize in crucial areas. The program they are coming from usually makes it so their training age is essentially zero when they walk in your doors, no matter what they tell you they have done. Combined with the fact that kids don’t even have PE or play outside, we are starting from the negative.

If you want to know exact details of how you should program your athletes’ season, all I can say is that it honestly depends. But in a general sense, given the cutthroat nature of youth sports today, go for less in quantity and more in quality. Make them so good at moving through the basics that practice seems easy. They should feel energized and fit to play, not beaten down and overtrained. Build the house from the ground up and it won’t crumble from a lack of structural stability.