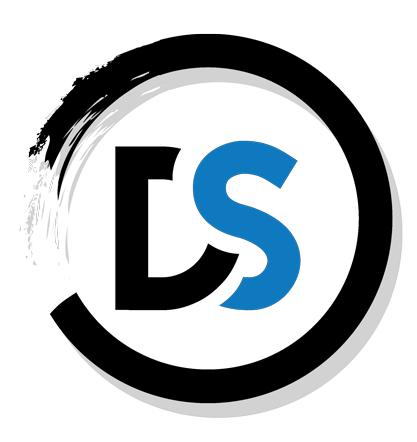 High school strength coaches play a massive role in long-term athlete development. Teenagers are in their formative years, many embarking on a college playing career or a lifetime of fitness. Plus, coaches are among some of the most influential mentors and figures in our lives. That’s why it’s so important to get on the same page with a united message.

We all have a former coach who inspired us to grow, challenged us in new ways, or provided a listening ear during tough times. Until recently, however, that was only the role of the sport coach. Strength and conditioning coaches were limited to select high school football programs. Often, the head coach and strength coach were one in the same. As high school athletic departments come around to the idea, more and more strength coaches are joining the staff. It’s important to understand, however, that high school sports are a different game. These athletes stay constantly busy despite still developing. Programs operate along tight schedules, and coaches foster individual styles of play.

In order to pull the best out of each athlete, the head coach and S&C coach need open communication. Here are a few questions to get answered before you start.

Question #1: How much time can your team devote to strength training?

Each sport operates off of their own schedule. Some teams have ten players, others have 60+. Although a lot can be accomplished in a little amount of time, it’s important to block off a specific section for S&C.

We know it’s easier to align ten people’s schedules than thirty. Can you split the team into groups, with some training in the morning, some before practice, and some on the weekends? If the coach can commit two hours total, would one longer session be best, or could they donate 30 minutes of practice across four days?

Under tight schedules, no one wants to give up their time. Therefore, it’s important to align with the strength coach on the benefits of strength training. Show that you can take away 15 minutes of their regular warm up by working with players in the gym before. Or explain how targeted strength and conditioning helps athletes recover faster and prevents injury.

Whatever you come up with – be realistic. It doesn’t do any good to write a five-day, multi-hour strength program when you get two hours a week with the athletes.

Programs should be designed around performance. It’s hard to sell an athletic department on strength training if it impedes their win/loss record. Therefore, you want to avoid placing your hardest sessions the day before a game. It might be common sense, but if you don’t have that conversation, how will you know?

Does their sport play once per week, such as football? Or do they have multiple game nights, like basketball? Do they have to travel far and wide for competition and practice, cutting into strength training time? Do they have the luxury of an off-day after a game, or is it always a quick turn-around? Asking these questions not only helps you program effectively, but it shows that you’re invested in the team-first, not your bottom line.

Finally, figure out when to peak the program. When’s their championship season, and when’s the off-season? Are there weeks where there’s an “easier” match-up, or more important ones featuring the hometown rival? Know these details intimately. On easier weeks, maybe you run them a bit harder. On rival week, maybe you up the competition in the weight room. Little intricacies like these make more difference than a blanket, one-size-fits-all program.

Question #3 – What’s your style of play?

Coaches love to outsmart opponents. To do so, each team adopts a certain style of play. Whether it’s structure, pace, or physicality, the chess match of coaching warrants attention. You might have the perfect program to challenge aerobic fitness. You get ready to present it to the coach, only to find they win most games on brute strength alone. That’s not to say a slightly fitter team can’t help, but you don’t want to take away from their style of play.

Before beginning any high school strength program, talk to the coach about how they want their team to look. Watch old film with them, if you can. Talk about areas he or she focuses on, and areas they’d like to improve. Have they always been a physical team, but graduated their biggest players last year? Can you help their freshmen get stronger? Do they beat teams in transition, but struggle in half-court play? How can your program assure they dominate the defensive boards and win the race down court?

Work with the coach, not against them, to enhance their strengths and improve their weaknesses.

Question #4: How many players are preparing for college?

How many are in their first year of the sport? And how many players fall somewhere in between? Experience levels not only influence on-field or on-court play. Seniors headed to college in a few months need to prepare for their upcoming challenges. They’ll definitely be in the gym multiple times per week in college. As a high school strength coach, connect with their collegiate S&C coach for a smooth transition. Will they be training barbell squats? Power snatches? While your 14-year-old freshman is learning to jump correctly, you can add the advanced movements for college prep athletes. Align movement patterns and progressions to limit injury and enhance performance.

On the flip side, newer athletes might need regressions. Push ups instead of bench, inverted rows vs pull-ups… you get the idea. They might even benefit from an entirely separate introduction week. If possible, spend extra time with them going over basic safety, especially if you’re one coach for every 60 athletes. Rather than face a surprise on day 1, meet with the coach and identify the needs of individual athletes.

Whether you like it or not, you’re going to be the new person. A new face, new coaching style, in possibly a completely new environment. They’re teenagers, and all that comes with it. They’re likely a mix of good friends. Maybe some have bad blood. Many might be wary of change. Before you step foot in that weight room, learn about the team culture. It doesn’t matter if your strength plan took Team USA to the Olympics if your high school team doesn’t buy-in. They won’t get much out of it.

Ask the head coach who the team leaders are. Maybe it’s the captains, maybe it’s the seniors, or maybe it’s the quiet guy always doing extras. Each team has someone who generates a following. If you can get buy-in from those athletes, the rest will follow.

Equally as important are the clowns – those players who are always down to goof off. Talk to the coach about how they manage these athletes. Are they hard-workers who just need a little reminder to focus? What motivates them to compete? What tactics or techniques does the head coach use to get them on the same page?

Finally, it’s just cool to be a part of the team culture. Get to know the athletes you’re coaching. Show them respect and investment, and they’ll return the favor. Imagine showing up day one and your coach is playing your season theme song in the weight room. It changes the entire vibe of the session. Start off on the right foot so you can carry that momentum forward.

The most important part of joining a high school coaching staff is constant communication. You might come from a different background as the head coach, so ask questions. The better understanding you have, the better prepared you’ll be. Keep the door open as well – it’s not just one meeting and done. Foster constant back and forth as the season progresses. What’s working? What can we do better? Is the team tired or hungry for more? Stay in touch, stay engaged, and you and the team will grow together.

Detric Smith, NSCA CSCS, ACSM EP-C, Pn-1 is the owner of Results Performance Training (www.resultsperformancetraining.com) in Williamsburg, VA. He has a BS in Kinesiology from Virginia Commonwealth University and specializes in Sports Performance Training and Fat Loss Transformations. For over 15 years he has gained experience at various sports performance centers and personal training studios, as well as coaching and teaching physical education from elementary school to high school.